Statue of throne from Game of Thrones unveiled

*** FREE FOR EDITORIAL USE ***
Winter is Coming - A statue of the Iron Throne from Game of Thrones is unveiled in a snow scene in London’s Leicester Square by British actor Isaac Hempstead Wright (Bran Stark) and TV’s Alex Zane. It is the tenth statue to join Scenes in the Square, an illustrious trail of timeless film and TV characters from the past 100 years in London’s home of entertainment, and will be displayed until the end of October 2021. It commemorates 10 years since the TV show first aired and anticipates HBO’s upcoming release of House of the Dragon in 2022 . 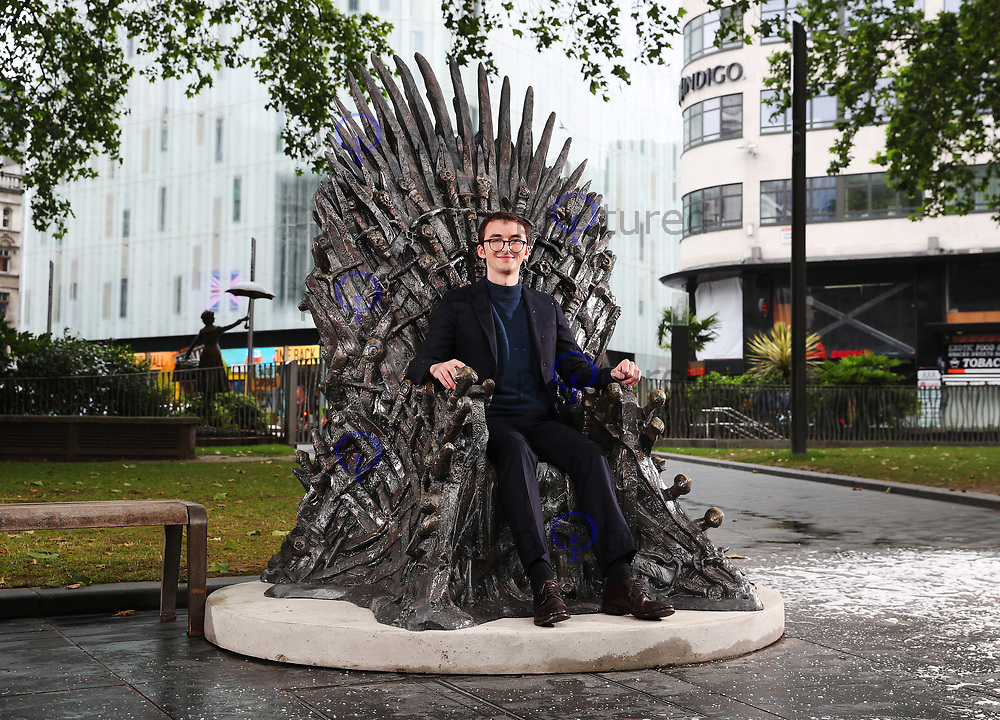